Since March is Self-Harm Awareness month, I believe it would be beneficial to take time to discuss this issue as it relates to teenagers. I often see adolescents come in to the Emergency Department with concerns of self-harm and I find that there are often misunderstandings surrounding this behavior. Below I will try to offer some clarification.

What Self-Harm Is vs. What It Is Not

One of the most common beliefs that I encounter about self-harm is that it is suicidal in nature.  Teenagers often get referred to the Emergency Department by places such as schools, police, or even their therapists, out of concern that they may be trying to end their life.  This is typically not the case. The usual explanations that I hear from teenagers are:  1) they were trying to find relief from emotional distress, and 2) They were trying to feel something other than emotionally numb. Self-harm is primarily a way that some teenagers find relief to their distressing emotions.

Self-harm can come in different forms such as cutting, burning, and head-banging. Cutting is certainly the most common. Teenagers will often superficially cut on their forearms, but sometimes also the thighs or abdomen. Some parents will question where their child learned to do this, and the answer is that it could be from almost anywhere. Self-harming behaviors are often learned about from their peers, but it could be from other things such as social media.  There is also research that supports the idea that self-harming behaviors can even be picked up from peers in such settings as group therapy. For example, if a teenager is admitted to a psychiatric inpatient unit with no prior history of self-harm, it is possible that they will adopt this behavior for themselves following discharge.

What Parents Can Do

If you find that your teenager has been self-harming, my first recommendation is to stay calm and not overreact.  Instead, sit down and talk with them about it. Focus not so much on the self-harming behaviors but rather the precipitating emotions. Keep in mind that self-harm serves a function of relieving those emotions. Take time to learn about their stressors, worries, and thoughts they are having. If your teenager is not already seeing a therapist, then schedule an appointment for them to see one. Try to find one that has a background with understanding and treating self-harm. There are many therapists out there that have a background in Dialectical Behavior Therapy (for example) which offers a near endless amount of skills to help reduce emotional distress. As always, you can start with the pediatrician as a starting point in getting treatment recommendations. You can also use www.psychologytoday.com to help find a therapist. If at any point you have imminent safety concerns you can bring your teenager to the nearest emergency department for an evaluation.
Share This
Related Posts

Suicide and the Importance of Words

By: Danielle Maholtz, DO, FAAP and Carley Riley, MD, MPP, MHS, FAAP A movement is… 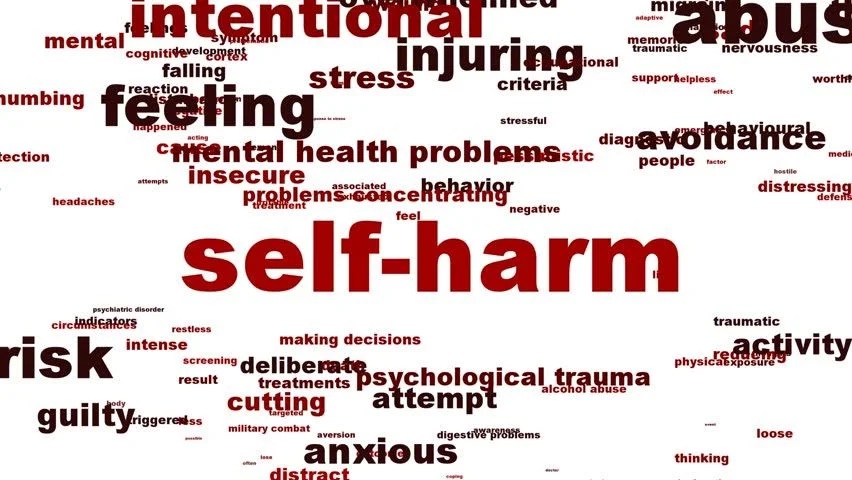 Copyright Kindervelt 2023 - All Rights Reserved
Back To Top
×